Microsoft has started notifying some Outlook.com users that a hacker was able to access accounts for months, earlier this year. The software company discovered that a support agent’s credentials were compromised for its web mail service, allowing unauthorized access to some accounts between January 1st and March 28th, 2019. Microsoft stated that the hackers could have viewed account email addresses, folder names, and subject lines of emails, but not the content of emails or attachments.

It’s not clear how many users have been affected by the security breach, or who was involved in obtaining access to Outlook.com email accounts. “Our data indicates that account-related information (but not the content of any e-mails) could have been viewed, but Microsoft has no indication why that information was viewed or how it may have been used,” says Microsoft in an email to affected users.

The hackers were not able to steal login details, or other personal information, but out of caution Microsoft is recommending that affected users reset their passwords. “Microsoft regrets any inconvenience caused by this issue,” says the security notification. “Please be assured that Microsoft takes data protection very seriously and has engaged its internal security and privacy teams in the investigation and resolution of the issue, as well as additional hardening of systems and processes to prevent such recurrence.”

Microsoft confirmed the breach in a statement to The Verge, but the company isn’t revealing exactly how many accounts were affected. “We addressed this scheme, which affected a limited subset of consumer accounts, by disabling the compromised credentials and blocking the perpetrators’ access,” says a Microsoft spokesperson.

See the Microsoft Security Notification below: 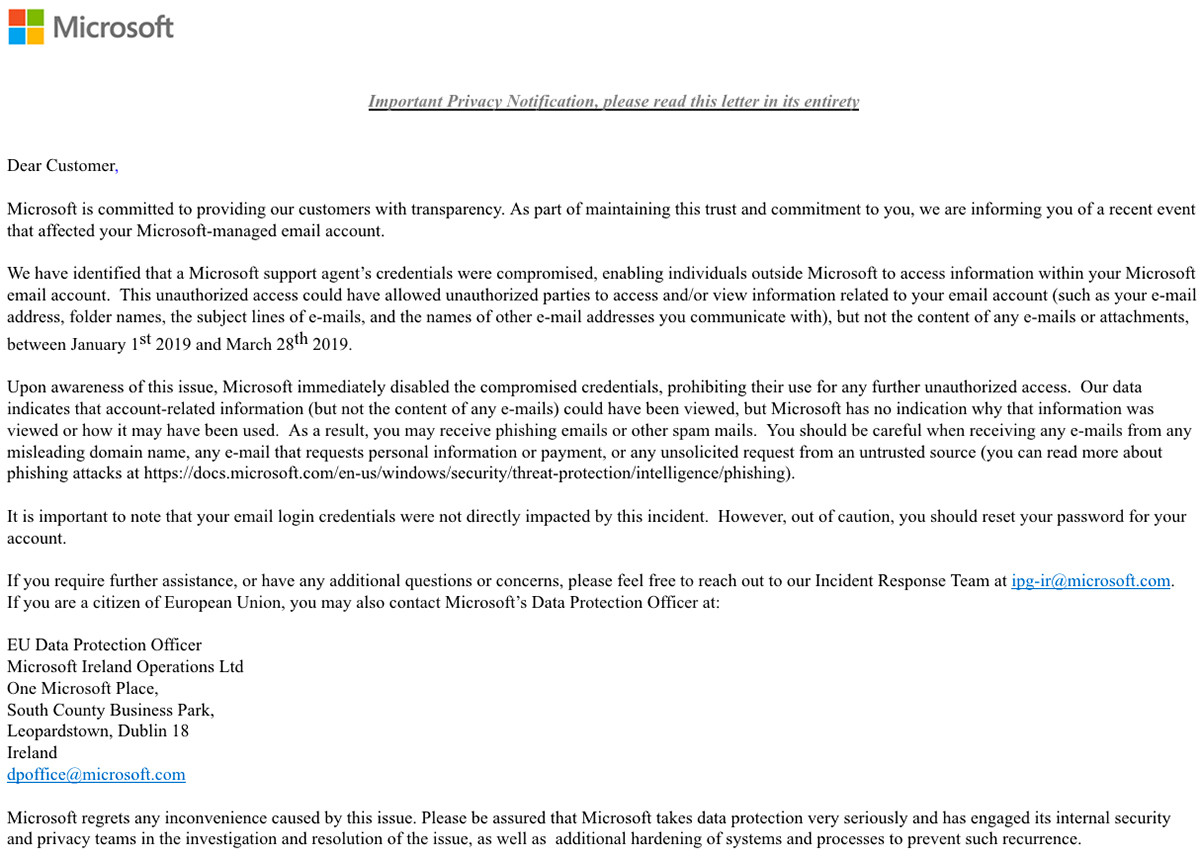 Steps to Safeguard Against Ransomware Attacks